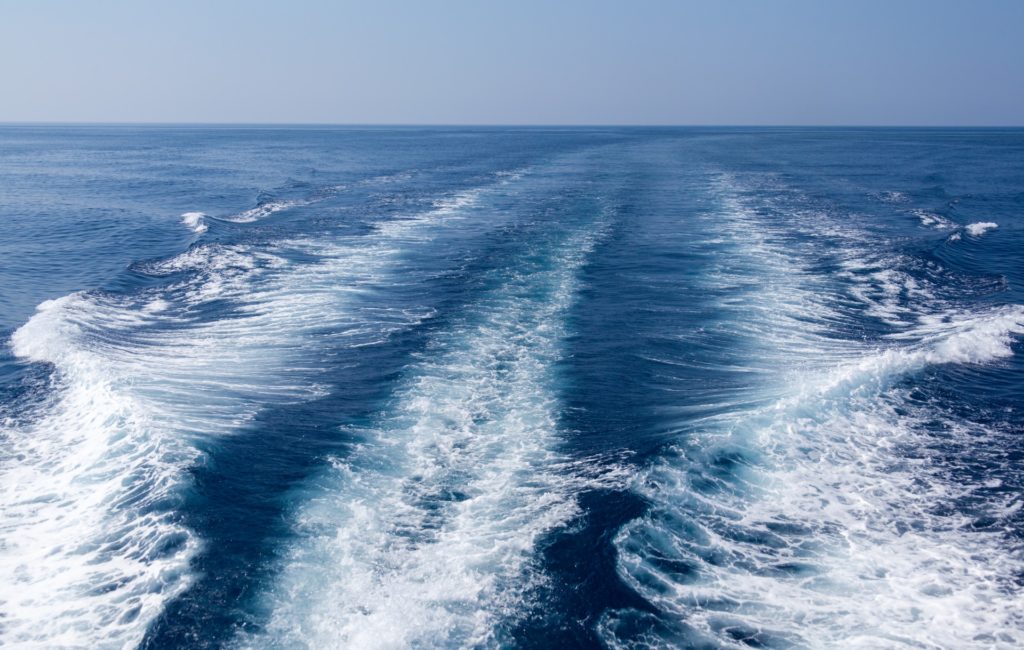 When I created my deviantArt account and my usual nickname (sutefu, which is Stéph in Japanese roumaji) was already taken, I decided it was time for an artist name. I said to my husband „I want it to start with an S and to sound beautiful!“, he suggested „Sillage“, a title from a belgian comic he read. Since I am half French, I liked the sound of that. It also has a wonderful meaning that fits my idea of art so perfectly: the word started out as meaning the foamy water behind a boat, but is also used to describe a trail that’s left behind.

In German, the French word (not translated) is used when talking about perfume: You can scale its sillage when describing how strongly a perfume still smells when the person wearing it has already left the room. A perfume too strong with too much sillage is frowned upon, but no sillage at all makes it too weak. „What a beautiful image“, I thought, „that perfectly fits what I want my art to be like“. (And I have loved looking at the foamy waves behind the boat even before I thought about that nickname!) What a perfect word for my artist name!

…Well, the nickname was already taken on deviantArt. By an account that seemed to have been inactive for a few years. Imagine my disappointment!

So we turned „Sillage“ into a feminin adjective (I think the word „sillageuse“ doesn’t exist in French). I love my artist name, even though a lot of Germans think it has something to do with silage…

And here’s a guide to the pronunciation that you can always find on my About page:

The correct pronunciation is French, with three syllables and stress on the last syllable: [si.ja.’ʒøz].

Spende an Sillageuse via PayPal

What does my artist name „Sillageuse“ mean (to me)?